Dark Side of the Abbey 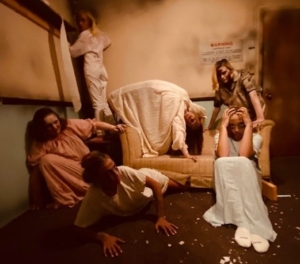 Every weekend in October and Halloween!

TWO STORIES & TWICE AS BIG IN 2020!!  What happens when everything falls apart and doesn’t go as planned.  I will tell you…things begin to fall apart.  What was once normal has quickly fallen from grace and has taken a sinister path.  Insanity is rampant and your world will change the moment you enter the walls of Ullathorne Hall.   Scream your way through two floors of deteriorating reality and allow Dark Side of the Abbey to invade your nightmares.

The Holy Cross Abbey sits squarely in the middle of Canon City and is home to a rich and many times dark past.  Built to provide refuge and religious rehabilitation to the areas most sinister community members, the Abbey’s methods were unorthodox to say the least.  It was thought that by providing an environment that mirrored the outside world, Abbey staff could better impact the minds of the damned.  The thought may have been good, but inviting sin into a monastery awakened a hell like no other.  Join us every weekend in October and witness the untold darkness that lies within the Abbey complex. 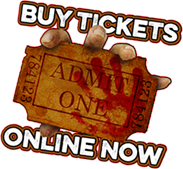